Microintervenciones is a collective series of interventions in Mexico City's public space. It consists of a collective deambulation and an improvised interpretation of a space: its physicality and appearance; its intended use and the habits developed by inhabitants and dwellers. Interpretations of space are discussed and written on the public surface with chalk, as a footnote of the space. Sometimes these interpretations honor informal activities that have become part of the everyday life of the city, and sometimes they open up new forms of spatiality akin to Edward Soja's third space. In other occasions, they create connections with other locations and events, playing with the local-global binomial. 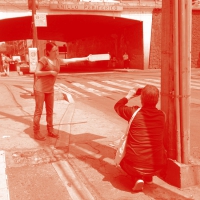 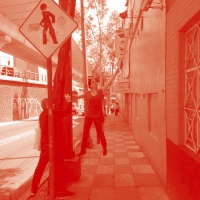